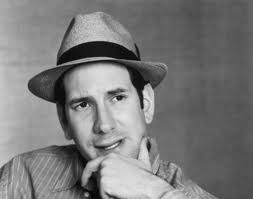 When Matt Drudge founded Drudge Report as a multimedia gossip/news website during 1998, his mission was to break stories that other organizations hadn’t, wouldn’t, or shouldn’t.   Originally a blog with content sent via email, Drudge his assistant, the legendary late Andrew Breitbart, as well as Joseph Curl and Charles Hurt, built an trailblazing news aggregation site based in politics, events, entertainment, and mainstream information.   In the days since, the Drudge Report has steadily grown to be what it is today: one of the most lucrative stops on the ‘Net with a following of over 14 million readers and one billion visitors.

The combination unique design and sometimes unusual content has earned the Drudge Report great influence, success, and international acclaim.  With more readers than the New York Times, an estimated worth ranging from $150 million to $375 million, and one of the most efficient business models in the history of the digital age, Drudge’s work has landed him in the leagues of Rupert Murdoch and William Randolph Hearst.   Best of all, Drudge’s ability to allow visitors to flow from his site to others via linkage has offered everyone – from its 15 million readers to numerous content writers to upper level executives – the ability to benefit from the teams of people whose work is based on making information available to anyone willing to look for it by the click of a mouse.

Critics predict that Drudge’s future may not always remain on the peak that it is today and his success will falter. Fans disagree. Either way, as long as people are making the news and reporting it, chances are Drudge and his site will do just fine.