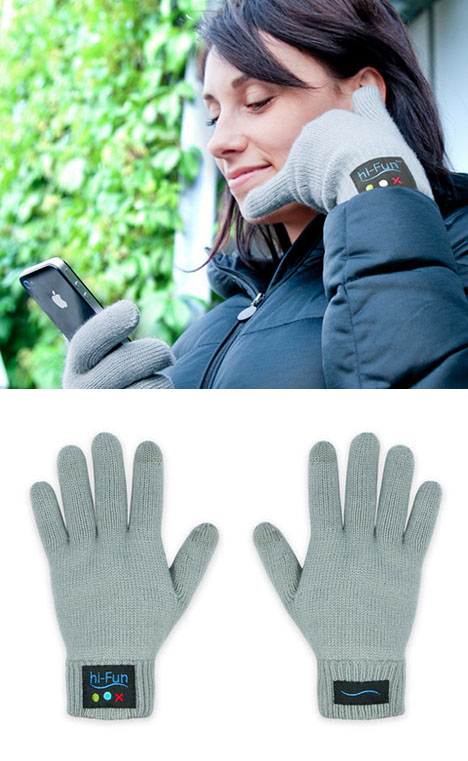 In a couple of weeks it’ll be October, the weather will get cooler in our neck of the woods, some will reach for gloves, and a European company called Hi-Fun will release a special pair of gloves called Hi-Call. As you can guess from the photo above, the gloves are wired up with Bluetooth connectivity, a mic in the pinky and a speaker in the thumb, so the wearer can actually make phone calls by making that “call me” gesture.

Early adopters of Bluetooth headsets looked foolish for a short time, before we all got used to seeing people walking around talking to no one. Should these gloves take off, there’ll probably be another brief adjustment period where you think a crazy person is talking into their hand. Early Hi-Call adopters will probably be given extra personal space on the sidewalk, at least for a few weeks.

This demo is a bit underwhelming, but at least they show that the thing works and is real:

Hi-Fun may be the first to market with these, but they’re not the first to come up with the concept. A San-Francisco-based hacker named Rachel shared her Instructable for Bluetooth gloves here, and the comments for it indicate other people have produced something similar. 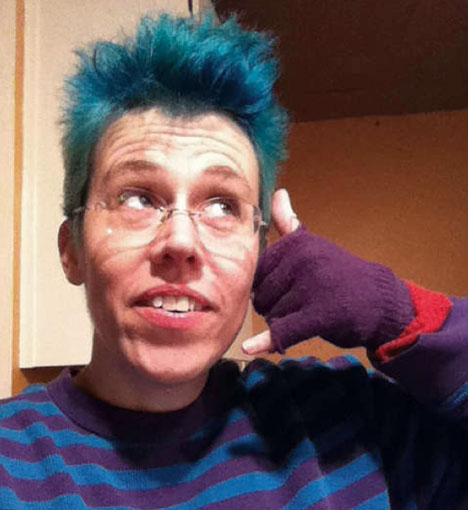